It all started in 1994 after I settled in the City of Mar del Plata, Argentina. I believed in the need to spread the word about this beautiful City, there was no Internet Network as we know it today, we used BBS (Bulletin Board System). That is why after installing a fixed line dedicated to a 1200 baud modem, I created SoftFree (it had 360 users), entering a single user at a time, with a local phone-to-phone call (DialUp), supported by a 386SX PC, a 2X cd drive and RA V2.0.2 software. The emails were not like they are now, they were passed packed from node to node at 4 AM, from BBS to BBS (Red Fidonet) and at the expense of another local call. Of course everything in text mode, no images, that was all that could be done. But I was not really reaching my goal, that is why I decided to create EnMardel®, to develop a “Tourist Encyclopedia” to show Mar del Plata on a CD. A task that took 3 years of investigation, searching for data, images, meetings, permits, obstacles, bureaucracy, debts, discussions and conflicts. Despite everything, my confidence in the project was stronger and it saw the light at the end of 1997, I had succeeded. Even so, my intention was always to continue improving the project, at one point someone thought of it, why not plant a tree in the city for each CD? 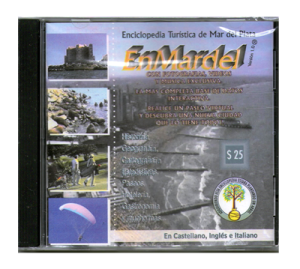 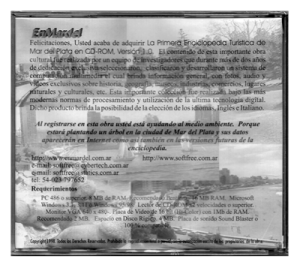 Technology continues to advance, smartphones appear, therefore you have to adapt. In 2012 we developed the EnMardel® App that can currently be downloaded from the Google Play Store for free. With 1000 units of CDs produced at the Teltron company, the result was this: 70 units were sold and registered, 105 were in my possession and the rest were distributed in broadcast mode. 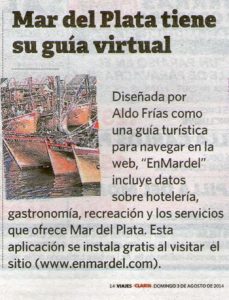